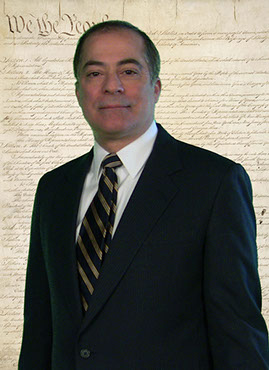 Wimberly, Lawson, Steckel, Schneider & Stine has established an affiliated office in Washington DC. Its principal is Michael Avakian, a member of the Georgia and DC Bar Associations. The new office operates under the name of Wimberly, Lawson and Avakian.

Michael may be contacted at:

Michael has been recognized as a public policy expert in labor law by the Heritage Foundation, a public policy research institution, and has appeared on the NBC TODAY SHOW, GOOD MORNING AMERICA, NIGHTWATCH, MCNEIL LEHRER NEWSHOUR, CNN NEWS and on radio shows nationwide. Mr. Avakian has been quoted in the New York Times, the Washington Post, the Wall Street Journal, the Boston Globe, People Magazine, the Daily Labor Reporter, and many other newspapers on labor topics. He contributed to Agenda ’82 and Mandate II in recommending policy proposals for the National Labor Relations Board, Federal Labor Relations Authority, Equal Employment Opportunity Commission, and Department of Labor.

Michael Avakian has returned to private practice with Wimberly Lawson after serving as Associate Deputy Secretary of the U.S. Department of Labor in Washington, D.C.  At DOL, Michael provided oversight for over 20 subordinate federal agencies as Senior Executive, working with the Solicitor's Office and Agency Staff on regulatory matters.  He received broad guidance from the Secretary and Deputy Secretary and analyzed and advised on the implications of proposed, new or revised policies, regulations and legislative proposals, and assess their impact on the regulated communities.