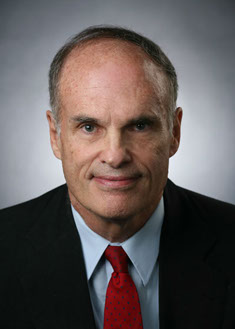 Practitioners’ View: Anticipating the Impact of the New NLRB on Merit Shop Contractors

Experienced practitioners share their insights on the latest developments at the NLRB and what merit shop contractors should expect from the board in the second half of 2021, with a particular focus on the pro-labor agenda of the new NLRB general counsel.

James W. Wimberly, Jr., an AV rated attorney, is a founding principal of the firm and of the Wimberly Lawson Network. In over 40 years as an attorney, in private practice and early on with the US Department of Labor, and as a Professor of Labor Law, he has built a national reputation for excellence in comprehensively addressing the needs of employers.

Chosen by Best Lawyers in America every year since 1987 as one of the very top lawyers in labor and employment law, Jim is perhaps most sought after for his work representing employers in traditional labor management defense. He provides solutions to clients with respect to concerns such as union avoidance and union organizing and election campaigns, collective bargaining, plant closings, and, when it cannot be avoided, arbitration and litigation before the NLRB, EEOC, and all state and federal courts. Jim’s litigation experience is demonstrated by the litigation of two Title VII class actions that worked all the way to the U.S Supreme Court. As a preeminent expert in the area he has testified before the U.S. Congress.

Jim advises clients on how to best avoid labor concerns by analyzing industry trends, developing workable plans for regulatory compliance, training executives and management on workplace administration, and developing and implementing effective human resources standards and practices. In addition to employers he counsels national trade associations in the lumber, furniture, apparel and farming, and food processing industries, and state trade associations in the poultry and trucking industries.

Jim’s labor representation has led him to success on behalf of employers in hundreds of labor arbitrations. He has represented employers in over 50 union recognitional elections, has negotiated successful collective bargaining agreements involving thousands of workers in myriad industries, and has created strategies to terminate local, regional and nationwide strikes.

The author of Georgia Employment Law, Jim also regularly writes and speaks on labor and employment law issues. He served on the Advisory Board of Simon and Schuster's Business Practice newsletters, and formerly served on the Advisory Board to Commerce Clearing House's labor relations publications, and is a former member of the Board of Directors of the Georgia Chamber of Commerce. He is a co-author, along with senior principals Marty Steckel and Les Schneider on the book entitled Construction Industry Labor & Employment Law. 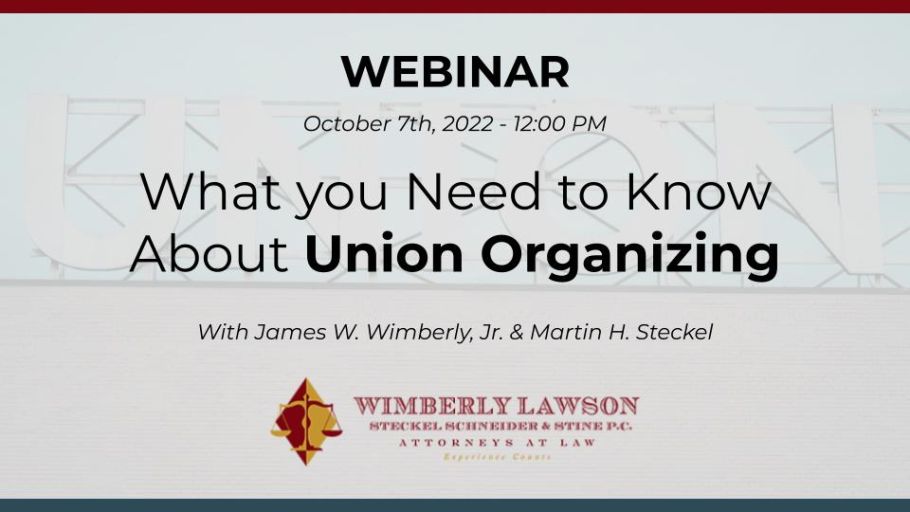 Webinar: What you Need to Know About Union Organizing

In an era of the most pro-union President in history, union elections and success rates have skyrocketed.  Over the last year, the number of union petitions filed with the NLRB for an election grew by 58%, and the union win rate in those elections so far this year is 76.8%.  The Gallup polls show that public approval of labor unions reached 71% in 2022, the highest level since 1965.

Companies must be alert to these issues or be a union’s next success story.  If you don’t know the answers to the following questions, you need to attend this webinar:

This webinar is conducted by Jim Wimberly and Marty Steckel, old-time “labor lawyers” and veterans of hundreds of union election campaigns with a “win” rate of over 90%.  The speakers believe the best way to win a union election is never to have one, and many “secrets” of union-free status will be revealed. 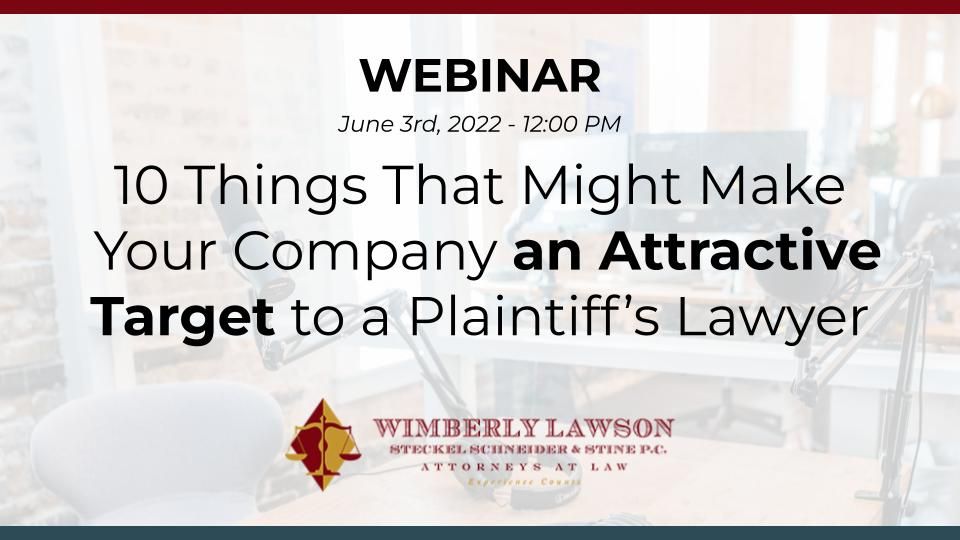 Webinar: 10 Things That Might Make Your Company an Attractive Target to a Plaintiff’s Lawyer 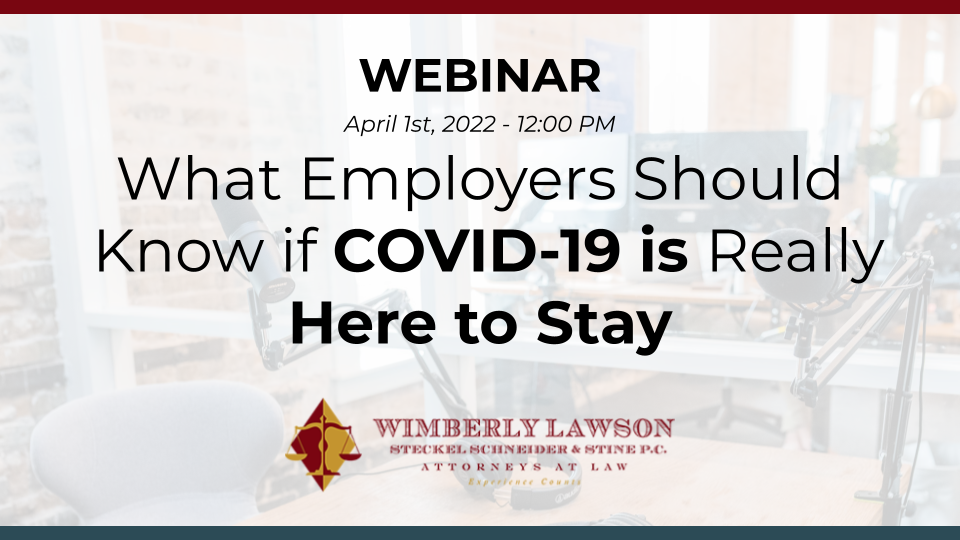 Webinar: What Employers Should Know if COVID-19 is Really Here to Stay