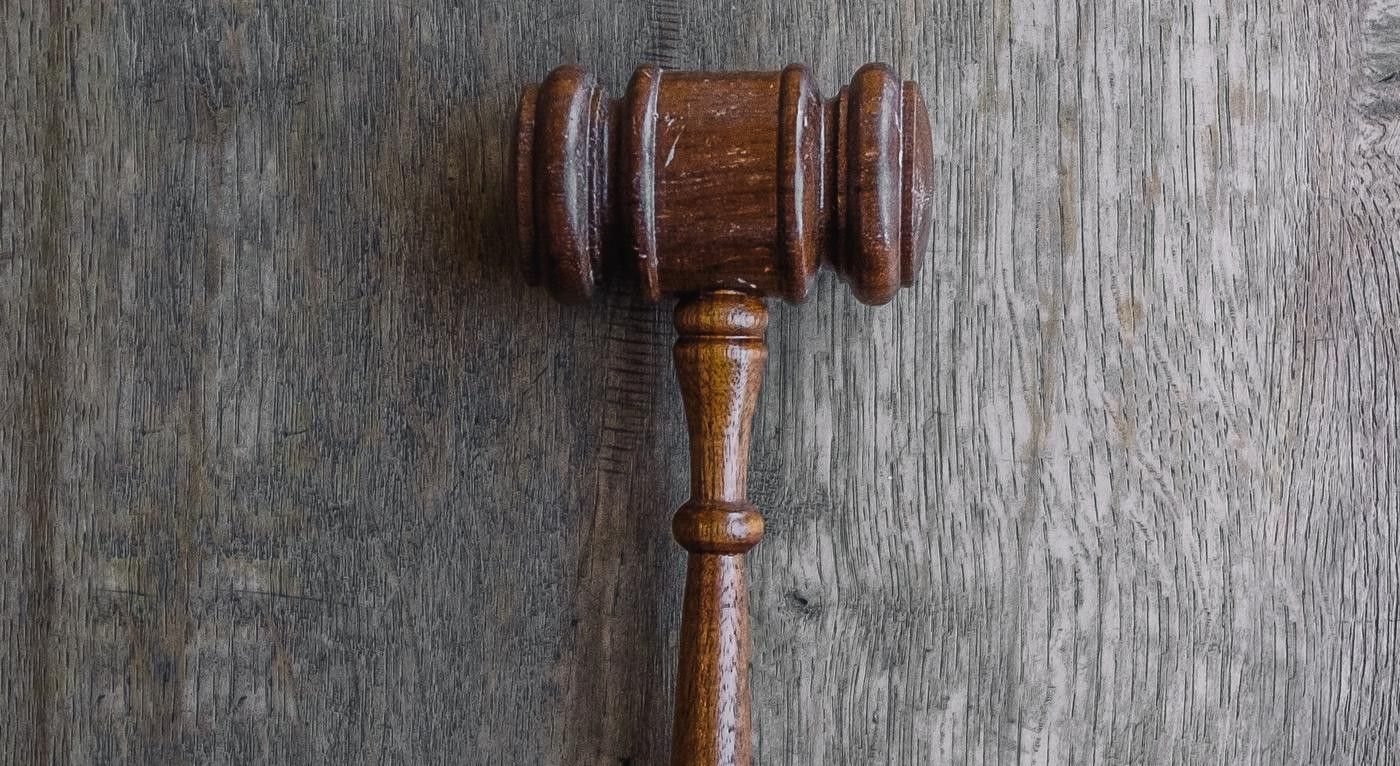 Although such cases are not common, some cases have over the years arisen across the U.S. alleging that employers colluded among themselves to set lower wage levels for employees.  These alleged collusions have been attacked as violative of the anti-trust laws.  Some of the more publicized cases have been those in Massachusetts, where Boston-area hospitals allegedly conspired to maintain lower levels of pay for nurses.  Related cases have risen in California, where cases have alleged various forms of conspiracies among employers to the same effect.  Wimberly & Lawson, through Larry Stine and Betsy Dorminey, successfully defended this year such a case in federal district court in Colorado brought by a farm workers’ rights group.  Rodolfo Llacua v. Western Range Ass’n, No. 15 - 1889 - REB-CBS (D. Col. June 3, 2016).

Labor unions and some government entities have criticized a number of "sharing economy" companies such as Uber, Lyft, AirBNB and others, on the basis that they deny their personnel employment rights and make it impossible to form a union.  Federal Express has been under constant legal attack for utilizing independent contractor drivers. One case involving Uber addresses state laws in California and Massachusetts, where a federal judge in San Francisco certified a class of drivers seeking employee status and reimbursement for withheld tips.  The judge found the drivers' situations were similar enough that the case could be resolved on a class-wide basis.  The judge denied certification, however, for the claim of reimbursements for driving expenses, and with respect to drivers who signed up with Uber more recently after Uber instituted an arbitration clause limiting class actions and requiring such cases to be resolved in arbitration, not court.  O'Connor v. Uber Technologies, Inc., No. 13-3826 (N.D. Cal.).  The judge also ruled that the question of whether the Uber drivers were employees would go to a jury rather than be determined as a matter of law.

The settlement was announced on April 20, 2016 in which Uber agreed to pay the drivers in question up to $100 million with at least $84 million of it guaranteed.  Significantly, the settlement allows Uber to maintain its business model in keeping its California and Massachusetts drivers as independent contractors, and makes certain interesting if not important changes in its business practices.  For example, Uber made a significant concession on deactivation that insures that drivers are only set out "for sufficient cause" and "not at will."  Uber will give drivers advance notice of their being deactivated and allow them to appeal their deactivation to a drivers' board.

In an interesting development, drivers will have the chance to form an "association" that will expressly not be a labor union.  However, the association will act as a vehicle for bringing grievances to management's attention.  The agreement specifically provides that the association "will not have the right or capacity to bargain collectively with Uber."  The Uber settlement, that still must be approved by the judge, is similar to the settlement reached earlier this year involving Lyft drivers.  Nothing in this settlement precludes a future agency or court from claiming Uber drivers are actually employees rather than independent contractors.  Uber will undoubtedly remain in litigation on this issue in other cases as well as face union or other organizing campaigns by its drivers.

In a related development, the home-sharing startup AirBNB is having serious discussions with the Service Employees International Union (SEIU) to reach some type of an agreement in which its home-sharing service would use unionized housekeepers.  Such a partnership would be highly publicized given that labor unions, including SEIU, have long been vocal opponents of AirBNB and other "sharing economy" startups.  Critics of the partnership contend that labor unions have long fought a company that they contend advertises illegal hotels, and that the partnership is nothing but a cover to an American corporation for union dues for a few members.

The subject of morbidly obese plaintiffs under the amended Americans with Disabilities Act (ADAAA) has generated a lot of interest as well as litigation.  The most recent application of the law occurred in a case in which an employer was granted summary judgment, against both a "disability" theory and a "regarded as" theory under the expanded and amended ADAAA.  Morriss v. BNSF Railway Co., 32 AD Cases 1173 (C.A. 8, April 5, 2016).

The appellate court affirmed the lower court's summary judgment ruling for the employer, and its analysis of the case is instructive.  First, the court found that an individual's weight is generally a physical characteristic that qualifies as a physical impairment only if it falls outside the normal range and it occurs as the result of a physiological disorder.  Both requirements must be satisfied before a physical impairment, and thus an ADA violation, can be found.  Second, the court found that earlier cases dealing with the issue were still applicable, as the post-ADAAA era only changed the courts' interpretation of "substantially limits" and "major life activity" to insure broad coverage of individuals with disabilities, but Congress gave no instructions regarding the definition of "physical impairment."

Editor's Note - This ruling provides a useful precedent to employers in defending obesity discrimination cases.  It also furnishes some useful explanations of the application of the ADAAA.  However, obesity cases remain controversial and ripe candidates for litigation.

The current members of the National Labor Relations Board (NLRB) seem to be constantly over-ruling well-settled NLRB precedent to expand organized labor’s rights, usually to the detriment of employers’ management rights.  Many years ago the U.S. Supreme Court said an employer possesses the right to permanently replace economic strikers to continue business operations during an economic strike.  Mackay Radio, 304 U.S. 333 (1938).  This doctrine states that a union has the right to use the economic weapon to engage in a strike, and employer has the right to use an economic weapon to permanently replace economic strikers.  While this principle has been well-established law for almost 80 years, the current NLRB has now made some exceptions to this long-standing principle.

Having found this conversation to have occurred, the Board denies interfering with the sort of economic weapons that parties can use in seeking to gain acceptance of their bargaining position, and instead finds that the employer’s admitted purpose was to punish strikers for exercising the fundamental statutory right to strike.  Thus, the NLRB distinguishes between an employer’s attempt to force the union to agree to its contract terms, as compared to an attempt to discriminate against employees for the express purpose of punishing them for striking.

There is a second reason for the NLRB ruling.  The Board found that the employer’s management official assumed that the permanent replacements would be willing to work in the event of another strike and the employer wanted to avoid the cost of hiring temporary employees again in the future.  The Board found that the employer’s attorney’s statement to the union that the employer hired permanent replacements because it "wanted to avoid any future strikes, and this was a lesson they were going to be taught" establishes an additional independent unlawful motive, specifically a desire to interfere with employees’ future protected activity.  The Board indicates in a footnote that the employer is not required to express a reason for permanently replacing economic strikers, but that if the employer does so (or if the evidence otherwise indicates a reason), the Board can and should determine whether that reason is an independent unlawful purpose.

The lone Republican on the current NLRB dissents, indicating that the decision will eliminate or limit an employer’s ability to utilize permanent replacements.  The dissenting member states that under the majority’s decision, if the employer has permanent replacements, it appears that any evidence of strike animus will render unlawful the employer’s actions, resulting in potentially debilitating back pay liability.  The dissenting member says this is a structural change in the competing interests of employees, unions and employers that is contrary to what Congress intended, what the Supreme Court has recognized, and what the statute says the Board is duty-bound to enforce.

Editor’s Note: Many believe that the current NLRB is intent on changing the scope of labor law to the detriment of employers, and to the benefit of unions.  The current case is another example.  Employers will need to be extremely careful in what they say about the reasons for the permanent replacement of strikers.  Unions may try to "set up" management to make inappropriate statements and the like, generating additional risks for employers in permanently replacing economic strikers.  The danger is particularly acute in this day in which unions often engage in short-term or "intermittent" strikes to bolster their bargaining positions.