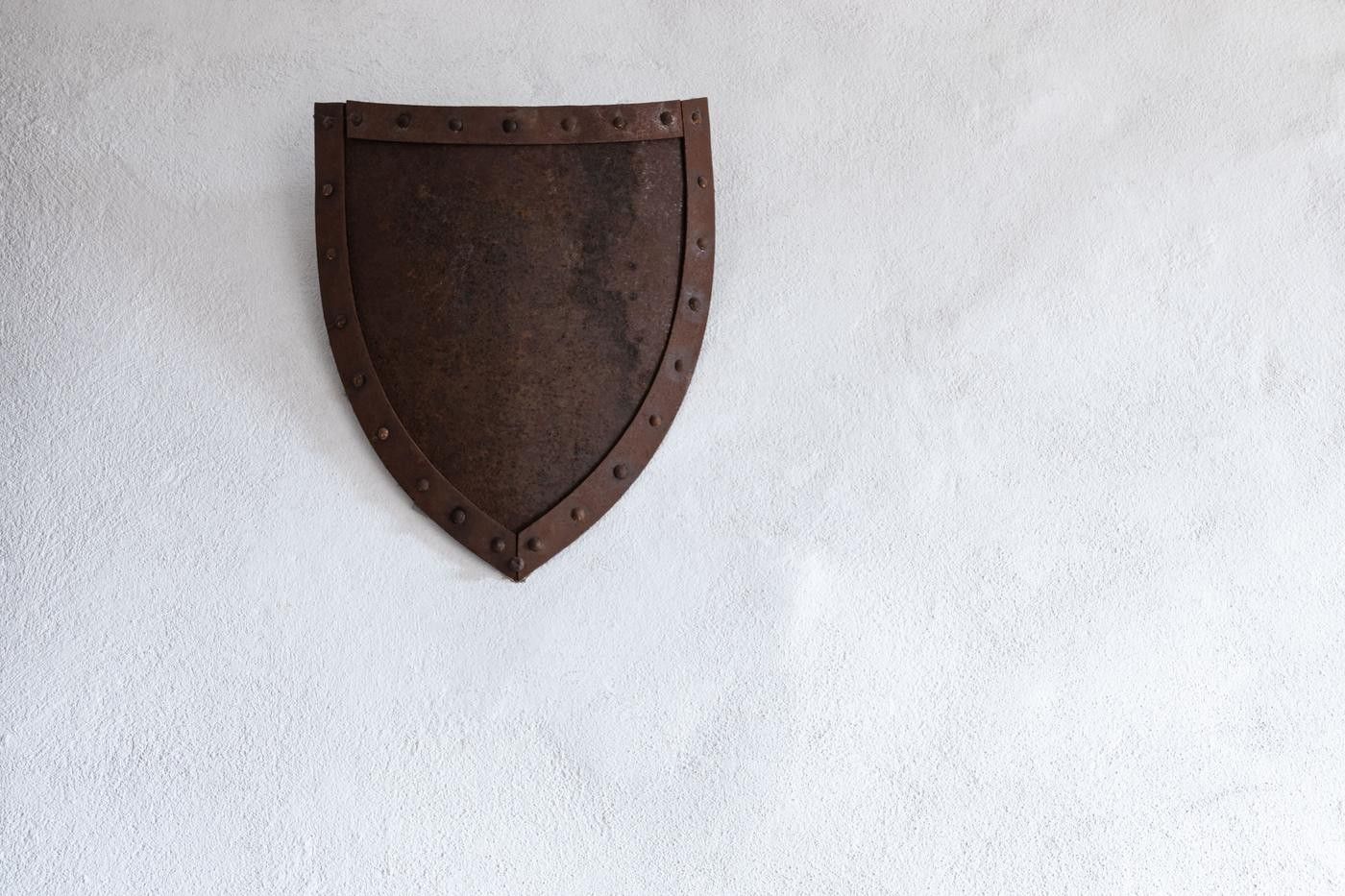 During late 2016, the firm added Thomas Walker as Of Counsel.  In addition to his experience in litigation and employment law, Thomas has twenty-four years' experience practicing workers’ compensation law mostly defending employers/insurers and self-insured employers.

On January 10, 2017, the EEOC issued a proposed enforcement guidance addressing unlawful harassment.  The law protects individuals from harassment based on race, color, religion, sex, national original, disability, age, or genetic information.  Harassment charges make up over 30% of all discrimination charges filed with the EEOC.  The guidance states the EEOC’s positions on harassment law and provides explanatory examples and suggested practices.  The public is invited to submit input about the proposal Enforcement Guidance on Unlawful Harassment via www.regulations.gov.  Alternatively, members of the public may send written feedback to:  Public Input, EEOC, Executive Officer, 131 M Street, N.E., Washington, D.C.  20507.  The deadline for submission of public input is February 9, 2017.  After reviewing the public input, the EEOC will consider appropriate revisions to the proposed guidance before finalizing it.  This article is intended to summarize the most important parts of the guidance, as well as some of its more controversial provisions.

Federal EEO law is violated if the evidence establishes that the complainant was subjected to harassment creating a hostile work environment because of his or her protected characteristic.  The proposed guidelines assert that protected characteristics include sex stereotyping, pregnancy, gender identity, sexual orientation, as well as the other more typical protected categories.  Normal evidentiary routes for establishing causation in a sexual harassment claim include:  proposals for sexual activities; general hostility toward members of the complainant’s sex; and comparative evidence showing how the harasser treated members of both sexes.  Harassment is also sex-based if the harassment occurs because of sex stereotyping.

For an employer to be liable under an EEO statute for workplace harassment based on a protected trait, the harassment must be sufficiently severe or pervasive to affect a "term, condition, or privilege" of employment.  Examples would include:  (1) an explicit change to the terms or conditions of employment that is linked to harassment based on a protected characteristic, e.g., firing an employee because she rejected sexual advances; and (2) conduct that constructively changes the terms and conditions of employment through creation of a hostile work environment.  Circumstances may include the frequency and severity of the conduct; whether it was physically threatening or humiliating; whether it unreasonably interfered with an employee’s work performance; and whether it caused psychological harm.  Even a single serious incident of harassment can result in a hostile work environment.  The following are examples of conduct that the EEOC typically finds sufficiently severe to establish a hostile work environment:  (1) sexual assault; (2) sexual touching of an intimate body part; (3) physical violence or the threat of physical violence; (4) the use of symbols of violence or hatred towards individuals sharing the same protected characteristic, such as a swastika, an image of a Klansman’s hood, or a noose; (5) the use of the "n-word" by a supervisor; (6) the use of animal imagery, such as comparing the complainant to a monkey, an ape, or other animal;  and (7) threats to deny job benefits for rejection of sexual advances.

To establish a hostile work environment, the offensive conduct must be both subjectively hostile (i.e., the complainant perceived the conduct to be severe or pervasive) and objectively hostile (i.e., a reasonable person in the complainant’s position would have perceived the conduct to be severe or pervasive).  In the EEOC’s view, conduct that is subjectively and objectively hostile is also necessarily unwelcome.  Therefore, the EEOC disagrees with courts that have analyzed "unwelcomeness" as an element in a plaintiff’s prima facie harassment case.  The objective hostility of harassment requires:  "an appropriate sensitivity to social context" and should be evaluated from the perspective of a reasonable person of the complainant’s protected class.

The EEOC and the courts have applied one of four standards for liability, based on the relationship of the harasser to the employer, and the nature of the hostile work environment:

If the supervisor did not take a tangible employment action, then the employer can raise an affirmative defense to vicarious liability or damages.  The employer must prove both elements of the defense: (1) the employer acted reasonably to prevent and promptly correct harassment; and (2) the complaining employee unreasonably failed to use the employer’s complaint procedure or to take other steps to avoid or minimize harm from the harassment.

In showing the employer exercised reasonable care, the inquiry begins by identifying the policies and practices an employer has instituted to prevent harassment and to respond to complaints of harassment.  These steps usually consist of promulgating a policy against harassment, providing a process for addressing harassment complaints, providing training to ensure employees understand their rights and responsibilities pursuant to the policy, and monitoring the work place to assure adherence to the employer’s policy.   To be effective, an anti-harassment policy should include the following components: (1) the policy defines what conduct is prohibited, and is widely disseminated; (2) the policy is accessible to workers, including those with limited proficiency in English; (3) the policy requires that supervisors report or address harassment involving their subordinates when they are aware of it; and (4) the policy offer various ways to report harassment, including allowing employees to contact someone other than their direct supervisor.

Employee’s Failure to Use Corrective Opportunities

An employee’s failure to use the employer’s complaint procedure would be reasonable if the employee reasonably feared retaliation based on the filing of the complaint.  An employer’s complaint procedure should provide assurances that complainant’s will not be subjected to retaliation.  Even in the face of such assurances, however, an employee might reasonably fear retaliation in some instances.  For example, if the harasser threatened to discharge the employee if she complained, then the employee’s decision to delay reporting the harasser is likely reasonable.  Similarly, an employee’s failure to complain could be reasonable if she or another employee had previously been subjected to retaliation for complaining about harassment.  By contrast, because it may not be possible for an employer to eliminate completely all unpleasantness that an employee may experience in reporting harassment, a delay in reporting will not be considered reasonable if based merely on concerns about ordinary discomfort or embarrassment.

An employer is liable for a hostile work environment created by harassment by non-supervisory employees or by non-employees if: (1) it failed to act reasonably to prevent the harassment; or (2) it failed to take reasonable corrective action in response to harassment about which it knew or should have known.

Notice of harassing conduct directed at one employee might serve as notice not only of the harasser’s potential for further harassment of the same employee but also of his potential to harass others.  An employer has constructive notice of harassing conduct if, under the circumstances presented, a reasonable employer should know about the conduct.   Most commonly, an employer is deemed to have constructive notice if harassing conduct is so widespread or pervasive that individuals responsible for taking action with respect to the harassment reasonably should know about it.

An investigation is prompt if it is conducted reasonably soon after the complaint is filed.  For instance, an employer who opens an investigation into a complaint one day after it is filed clearly has acted promptly.  An employer that waits two months, on the other hand, clearly has not acted promptly.  In other instances, what is "reasonably soon" is fact-sensitive and depends on such considerations as the nature and severity of the alleged harassment and the reasons for a delay.  For example, when faced with allegations of physical touching, an employer that, without explanation, does nothing for two weeks, has not acted promptly.

An investigation is effective if it is sufficiently thorough to "arrive at a reasonably fair estimate of truth."  The investigation need not entail a trial-type investigation, but it should be conducted by an impartial party and seek information about the conduct from all parties involved.  If there are conflicting versions of relevant events, it may be necessary for the employer to make credibility assessments so that it can determine whether the alleged harassment in fact occurred.

In some cases, it may be necessary, given the seriousness of the alleged harassment, for the employer to take immediate steps to address the situation while it determines whether a complaint is justified.  Examples of such measures include making scheduling changes to avoid contact between the parties; temporarily transferring the alleged harasser; or placing the alleged harasser on non-disciplinary leave with pay pending the conclusion of the investigation.  As a rule, and employer should make every reasonable effort to minimize the burden or negative consequences to an employee who complains of harassment, pending the employer’s investigation.

Corrective action should be proportionate to the seriousness of the offense.  If the harassment was minor, such as a small number of "off-color" remarks by an individual with no prior history of similar misconduct, then counseling and an oral warning might be all that is necessary.  On the other hand, if the harassment was severe or persistent despite prior corrective action, then suspension or discharge may be appropriate.

When an employer conducts a thorough investigation but is unable to determine with sufficient confidence that the alleged harassment occurred, its response may be more limited.  An employer is not required to impose discipline if, despite a thorough investigation, it has inconclusive findings.  Nonetheless, the employer should undertake preventative measures, such as counseling, training or monitoring.