On March 22, 2016, the U.S. Supreme Court affirmed a lower court decision which found Tyson Foods liable for a $2.9 million damage claim relating to overtime pay for time spent donning and doffing protective equipment.  The case was brought as a "collective" action under federal wage-hour laws but as a "class action" and under applicable state law.  Tyson's argued it was not proper to permit the employees to pursue their claims as a class because the primary method of proving injury assumed each employee spent the same time donning and doffing protective gear, even though differences in the type of gear may have meant that, in fact, employees took different amounts of time to don and doff.  Tyson also argued that certification was improper because damages awarded to the class may be distributed to some persons who did not work any uncompensated overtime.  The Supreme Court did not distinguish between collective and class actions, but found that there was no error in the decision to certify and maintain the class.  As a second issue, the Court finds that the challenge that under the verdict some employees may receive damages even though they do not work uncompensated overtime, was premature, as Tyson might still raise a challenge to the proposed method of allocation when the case returned to the lower court for dispersal of the award.

On December 3, 2015, representatives from OSHA Region 4 (Atlanta) and Region 6 (Dallas) and representatives of the poultry industry meet at Georgia Tech to discuss the Regional Emphasis Program (REP) for Poultry Processing.  Presenters included Kurt Petermeyer, the Regional Administrator for Region 4, several Deputy Regional Administrators from Regions 4 and 6, Area Directors from Atlanta, Georgia and Nashville, Tennessee; an ergonomist, and an occupational physician.  The purpose of the meeting was to present the REP and take questions from industry and other stakeholders.

The following videos are suggested for review. If you have additional interest in either of these videos or would like to review them in their entirety, please contact the company indicated below. 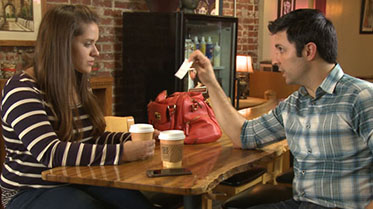